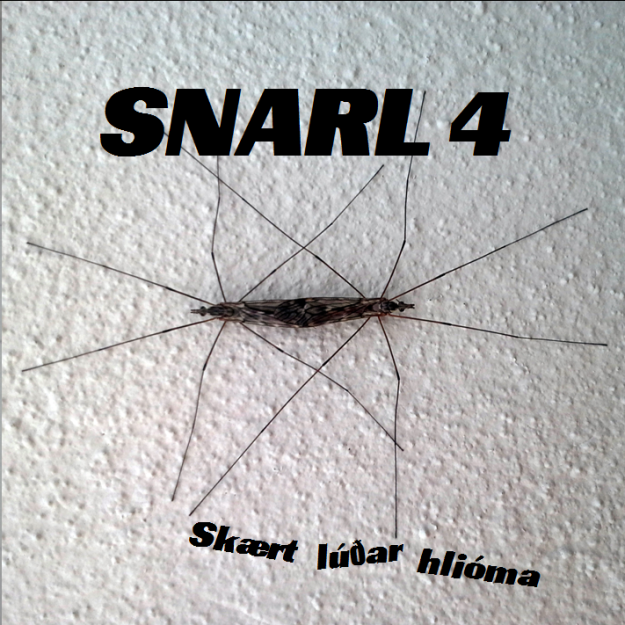 It’s been decades since the last Snarl,  and Dr. Gunni certainly exceeded expectations with this 4th edition.  The compilation contains a broad assortment of what is coming up and is going around Iceland.  It’s not just double rainbows, bowed guitars, elven harmonies or hair model horses.  It’s everything from deep dark meaty punk to folk;  trippy rock to dizzying funk.  Its all encompassing with 25 great bands anyone that appreciates music will end up digging.  What else would you expect from the author of one of my favorite history of Icelandic pop-rock books, Blue eyed pop.

You can listen and purchase the compilation here on Bandcamp.  Either get a digital copy for $10, or an actual CD including a foldout cover with pictures of the band, and a long summation by Haukur S Magnússon of Grapevine. for $20.  Here are just a few of what I feel are the lesser known bands you’ll find on the comp:

They were one of the favorite new bands of Airwaves, and justifiably so.  Dirty, punkish rock that required one to take a shower after seeing them rock the shit out of wherever they played.  I was looking forward to seeing them at Airwaves, and they didn’t disappoint in the slightest.

I’ve got a soft spot for this band, they really tore it up at Airwaves, and brought back nostalgic memories of Hole before the celebrity.  Angry angry gals with heavy beats behind them.  This isn’t the song on the album, but a good representation, and it was filmed in one of my favorite bars in Iceland, Bar 11, quite possibly by a drunk individual….not me.

The compilation isn’t just dark heavy punk and rock, Dj. flugvél og geimskip, the alter ego of Steinunn Eldflaug Harðardóttir is one of the sweetest beings out there, and her funky trippy manner is best witnessed live.  Again not the song on the comp, but my favorite video of hers.

KVÖL is the new project of one of my favorite Icelandic artists, Þórir Georg.  I first heard him when he was My Summer as a Salvation Soldier, and as he progressed through the years, so did his music, like a crazy river ever evolving, this new project has a fantastic gothic, Joy divisionist feel to it.  You can actually hear a lot more from him on Soundcloud, and I suggest you do, He’s releasing an album that will combine his two EPs as well as some newer stuff soon.

These along with a lot of Icelandic favorites, such as Prins Póló, Just Another Snake Cult, Mugison, Grisalappalisa & Megas, Börn, Knife fights, and Sindri Eldon are all included, and honestly this post could go on forever.  I highly suggest you go over to Bandcamp and give it a listen now.  This comp has definitely earned it’s spot as one of my favorite releases of the year.