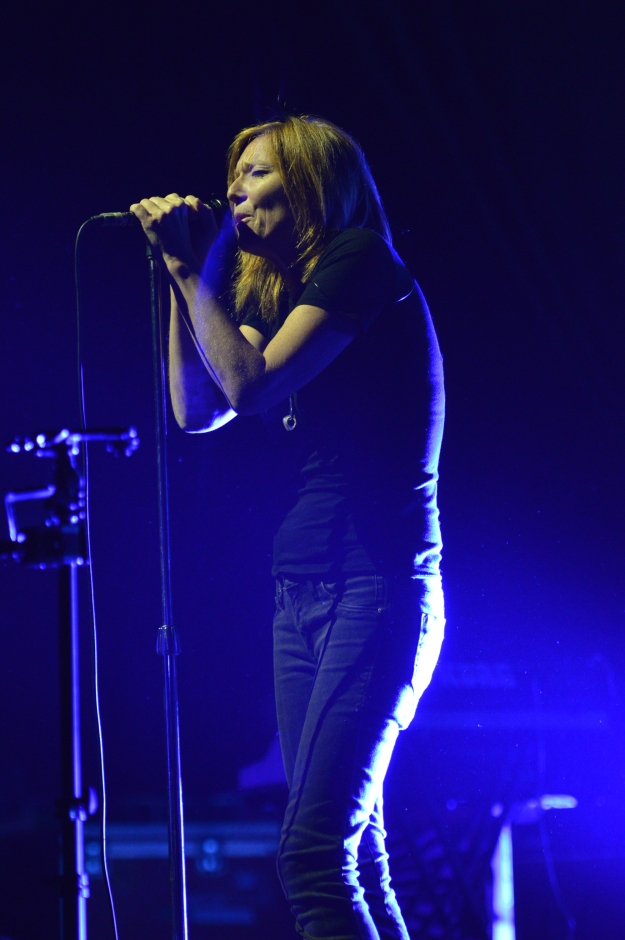 Wow, just wow.  Shellac and Portishead have killed it for me, excellent doesn’t begin to describe how much I enjoyed their performances. 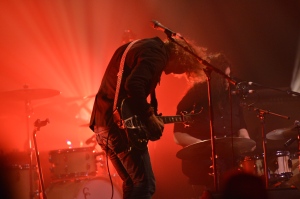 The night started out rainy, and grew to even rainier as we continued.  But the bands were going at it with a vengeance, Low put on one of the highest energy sets I’ve seen from them, and Shellac just upped the anti.  Kurt Vile & the Violators was mellow and matched the outside rain well, and Mogwai is Mogwai.  They’ve become more docile in years and I miss them completely going nuts on stage, but the wall of sound was forceful, and I actually put in the ole earplugs.Spiritualized did an acoustic set with the gals from Amiina backing them up.  It was in a theater setting and sounded quite nice. 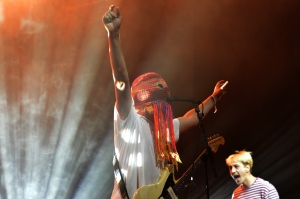 The clouds opened up and Friday night was quite pleasant.  I may have been the only guy in shorts, but it’s summer so that’s how it goes.  The night started off with Sóley’s return, some great new stuff and of course the classics.  Liars instantly notched up the high energy, and Slowdive’s performace was fantastic.

Portishead was amazing, so perfect, the sound, the video, everything about it was fantastic.  It still looked like twilight outside, and there was a giant moon hovering in the sky as we left the show adding to the surreal ambiance they created.

There are plenty more pictures on my Flickr account for you to gaze at.  Last night tonight here we go.