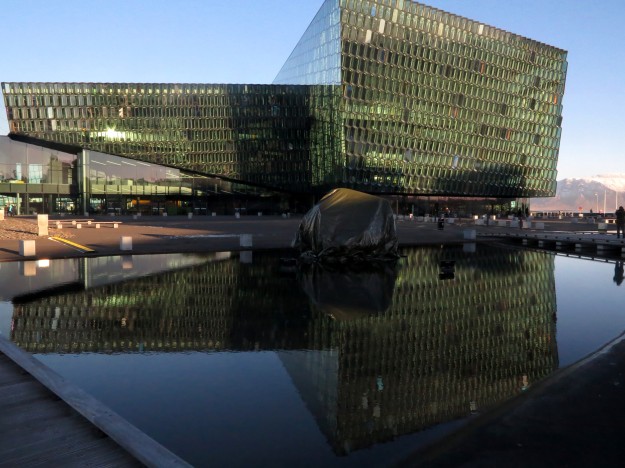 The calm before the storm.  I arrived a day early for Airwaves to try and enjoy this wonderful city before the masses arrived.  The town has been busy in preparation, and after a brief morning walk I made it to Harpa to pick up my wrist band.

As usual, the weather changes in an instant,  for most of the day though it was clear skies with a little wind.  It seems to be the coldest Airwaves I’ve been to yet, but it’s not terribly cold…yet. 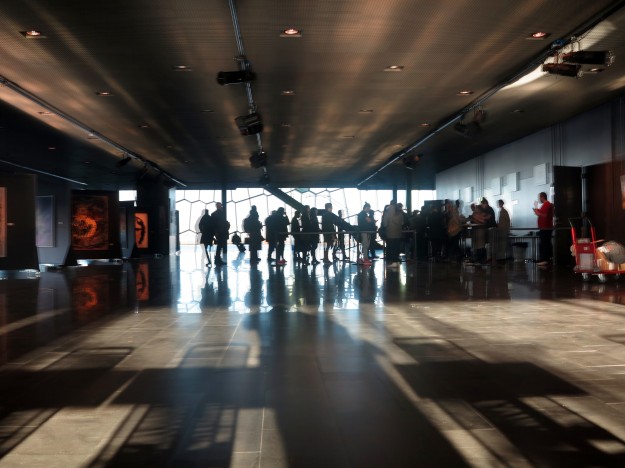 The crowd actually wasn’t bad, and the Airwaves crew really have their business sorted, so getting banded and getting out was quick and painless.  I knew the schedule would be slim for the day so I took another long walk, got a beer at KEX, then headed over to Lucky Records to hear some pre-Airwaves off-venue gigs. 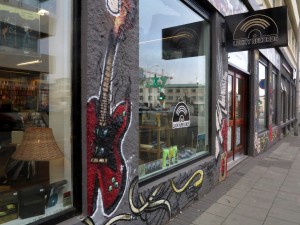 Lucky records new location is pretty slick, they still have a great catalog of vinyl, and now with more space it’s easy to move around, even with bands taking up the front of the store.

They were one of the few pre-gaming, so after browsing I stuck around to hear some live music 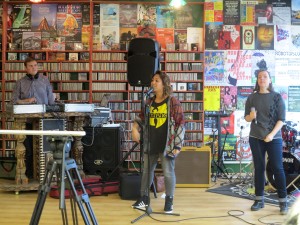 Cell 7 was setting up.  It’s hip-hop from the 90’s, great lyrics and samples with a few guests to help in backing.  Even though the crowd was smallish, she kept us all engaged and interacting with her, it was a good way to start things off. 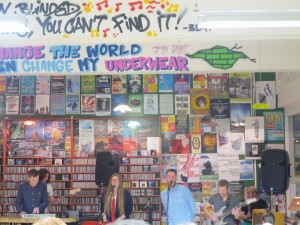 Later in the evening, Camp Keighley played.  A six piece band with a unique groove, and tons of energy.  They really get into their music, and the crowd followed right behind them.  Besides, who doesn’t love bright red ties?

It was obvious crowds were moving into Reykjavik as the audience had grown from the afternoon performances. 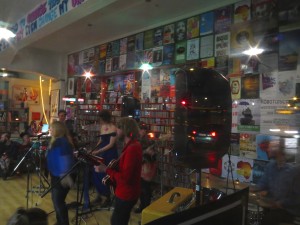 Next up, and my final gig of the night was Boogie Trouble.  These guys, and gals, come highly recommended from the Icelandic music community, and a lot of locals showed up to hear them play.  Great funk twist with  a lot of disco.  Their lead singer is an awesome show-woman, and of course, there were crazy dancers at the front of audience absolutely in love with the band.  They did a Britney Spears cover that put the original to shame.

I highly recommend you check out Boogie Trouble’s full show later this week as the off-venue pre-game event was tight, and left us primed for the rest of the night.  These guys definitely deserve the praise the locals give them.

That was all for the pre-game, today the festival truly begins and the music roster is chocked full.  Enjoy everyone, be smart, be courteous, and listen away.

If you hear an Icelandic band you’re unfamiliar with, you can always look them up on my page here for links to their music and websites. 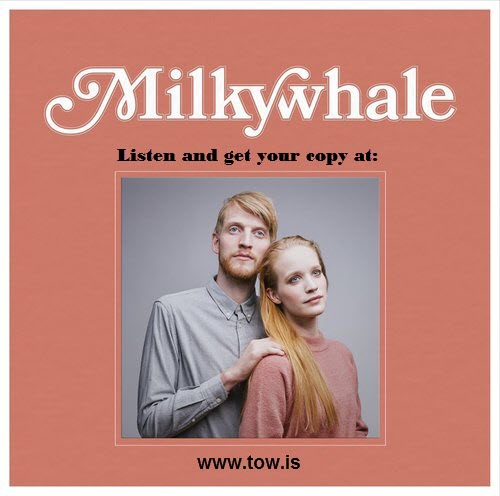