It’s finally time to announce the next release on Theory of Whatever records, Iceland Whatever Vol. 1.   A 14 track compilation of bands I really enjoy and think you should as well.  Spanning multiple genres all brought to you for as cheap as I could get away with.  The liner notes will be available on the Theory of Whatever website, and will include a bio of the band and links where you can hear and purchase more of these bands music.

Much like the old independent compilations I grew up with, the point of this album is to help these bands get a bit more exposure and hopefully increase your music library.  So, here’s presenting “Iceland Whatever Vol. 1“ it will be released on October 20th, and you can pre-order here. pre-orders get a dollar off, making the physical CD $5.50 and the digital download $5.  If you would like to purchase the physical CD and are out of the United States, please contact us and we will arrange it

The compilation cover is by the incredibly talented Lóa Hjálmtýsdóttir, a musician (FM Belfast), illustrator, and cartoonist (Lóaboratorium) She frequently contributes to the Reykjavik Grapevine.  The cat on the album cover is Roxy A.K.A. Doom.  She was the only cat I’ve ever gotten along with, ornery as hell but a sweetheart.  She passed away earlier this year, and so I felt compelled to put her photo on the album cover.

There are new and classic tracks from the artists, if the song isn’t available online to listen to yet, I’ve selected another song from the band I enjoy.  Click the band name to go to their Facebook pages.

Knife fights is a refreshing nod to the Northwest United states in the 90’s.  Consisting of Sigurður Angantýsson, Helgi Pétur Hannesson, Gunnar Petur Hauksson, and Þórir Bogason.  They are energetic, slightly noisy and well composed.  They were one of my favorite new bands from last year.  I am pleased to open the compilation with their track “Panic later”

You can read an interview I did with them at the release of their first album here.  Very energetic, slightly noisy and well composed the compilation opens with their new track, “Panic later::

Þórir Georg comes in many flavors.  I first was introduced to his music from his band, My Summer as a Salvation Soldier, and have enjoyed every project he’s come up with since, from folk to crazy to goth.  The track on the compilation is a new song from an upcoming album of his solo stuff.   and so I have put a track from his previous album, Ræfill “The idiot song” here for you to listen. 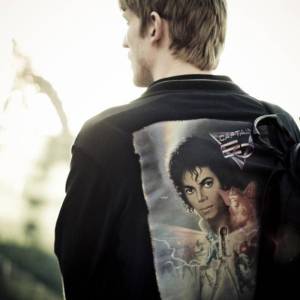 Árni Rúnar Hlöðversson is Plúseinn.  He is one of the founding members of FM Belfast, the energetic party band that typically leaves folks pantless by the end of their sets.   While Plúseinn and the track “Empire” can be safely listened to without fear of losing clothing, it is one of the best earworms you’ll experience for quite a while and you’ll be on repeat for quite a while,  electro-pop heavy on the synth.

Kristjana Stefánsdóttir is Bambaló.  Kristjana has helped Icelanders with their singing for years.  Her past projects and albums have been Christmas hymns, Jazz and she frequently performs at Iceland Affair in Connecticut every October.  Her very rich and full voice dominates this song about Impressing a boy.

Vigri is the creation of two brothers, Hans and Bjarki Pjetursson.  I heard them first at Airwaves years ago and if they are playing I make sure to attend.  Their music floats effortlessly between atmospheric moments and heavy beats and I’m pleased to offer a new track from their upcoming album.  The song above, “Animal” is one of my favorites from their first album, “Sinking ships” 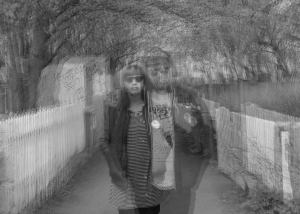 KVÖL is Þórir Georg and Júlía.  It’s Goth punk with dark, strong beats and moody synths.  Dropar is a new track from them not available yet.  So I present, “Get Away” from their first E.P.

Kælan Mikla is an all female poetic punk band.  Consisting of Sólveig Matthildur Kristjánsdóttir Margrét Rósa Dóru- Harrysdóttir Laufey Soffía, they blast away with raw vocals and hard rhythms. They’ve quickly become one of my favorites over last couple of years.

kimono are 15 year veteran rockers consisting of Alison, Gylfi, and Kjartan.  post rock and heavy rock have been used to describe them over the ages.  We released their first single off the new album last year, and are pleased to introduce the new track, “Lee Harvey Oswald” on the album.  The track above is “Specters” which you can still purchase the 7″ for here.

Atmospheric, lightly feathered with darkness but with equal dashes of heavy drums and haunting vocals is a good way to describe var.  The project of Myrra Rós and her husband Júlíus.  This track is a new track from the upcoming album.

Of course I couldn’t do a compilation without some hard hardcore on their.  Brött Brekka was a 2015 discovery for me, consisting of Sturla Sigurðarson, Sigurður Ingi Einarsson, and Hallvaður Jón Guðmundsson  they wildly swing from heavy rock to Hardcore.   They’re working on a new album as we speak, and I can’t wait for it.

Energetic, emotionally organized choatic musical noise.  Aðalsteinn Jörundsson has been at it a long time.  Part of the Falk label in Iceland, he is a veteran to performing and creation.  One of the first blog posts I did was on AMFJ.  He warned me that this new song wasn’t his usual sort of song,  I really dig it and hope you do as well.

Her live shows are ethereal environments full of color, spiraling lights and dancing disco balls.  It’s her own style of music and difficult to classify.  She’s recently been touring all over and I was pleased she could add to the comp knowing just how crazy her schedule was.  One of my favorite live acts to see when I’m in Iceland.

The second Goth band on the compilation.  Consisting of RX, Biggi, and Siggi, Antimony are goth pop done in their own unique way.  They’re newly formed and have been extremely active around Reykjavik.  They are the perfect band to powerfully begin the compilation wrap up.

And to wrap up the compilation I bring you one of my favorite classic tracks from Ghostigital’s album Antimatter Boutique.  Ghostigital is Einar Orn and Curver Thorodsson.  Two of the longest working musicians in the Icelandic scene, their music has the ability to pump you up.  People go crazy at their shows, almost as crazy as Einar.  Simply put, I love this band.

As this is the first compilation I’ve put together, it’s filled with the bands I have always dug.  The genres are all over the place I know, but I believe I’ve ordered the CD in a manner that makes it listenable from start to finish.  I really do love all of these bands, and I am pleased they contributed to the cause.

You can pre-order either the CD or the Digital download here.  Please give them all a listen and share what you dig with your friends, regardless if you purchase the album.

1 thought on “14 Iceland bands you ought to be listening to: Introducing Iceland Whatever, Vol. 1”